Our “Mind Month” continued with more exploration of the mind through music….and we wereLIVE in the studio!

This week we welcomed Ragani, an award-winning musical artist, who shared with us her insights on how she sees the role of Mind in the Mind Body Spirit balance.  As a practicing natural medicine healer, with a doctorate in Clinical Psychology, and a life long study of Eastern traditions, she brings all aspects of her background to her life, music, and perspective. 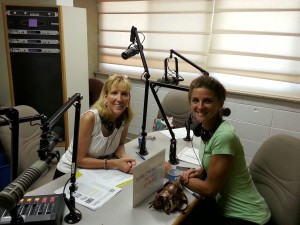 An award-winning artist and producer with over 30 years of live Kirtan with Ragani events, Ragani also writes music for film & tv (dozens of music placements on The Oprah Winfrey Show, among others), and she currently leads Milwaukee’s Kirtan with Ragani, one of the largest independent, ongoing kirtan scenes in the US.

She holds a doctorate of Clinical Psychology as well as a degree in Acupuncture Therapy, and she integrates mind-body practices into her acupuncture therapies.

At age eight, Ragani met the legendary yoga master, Swami Rama (former Shankaracharya of India and founder of the Himalayan Institute of Yoga Science & Philosophy), and he initiated and personally trained in the Himalayan Tradition of yoga sciences, meditation, and eastern music.

Named in OnMilwaukee.com’s “100 Milwaukeeans You Need to Know”, Ragani has been featured artist FOX 6, in numerous international publications (Recording Magazine, Ode, Kirtan: Chanting as a Spiritual Path, Yoga of Kirtan, American Veda, On Tour With Shure, etc.), and she is the yoga model for the award-winning book, Yoga: Mastering the Basics (and its two accompanying videos).

Listen in to this don’t-miss-it discussion!