When you have spent your entire life immersed in the culture of the country you live in, the customs and expectations come naturally to you, and you fall into the patterns of the society without much thought.  But when you are a visitor, or come to a country after living part of your life somewhere else, the traditions can all be new, and not necessarily easy to navigate.  The journey of coming to American from another country is an adventure that requires integrating many new customs.  We’ll hear firsthand about the challenges of that journey from our guest who came to America from Colombia, and stayed to raise his family in the Midwest. 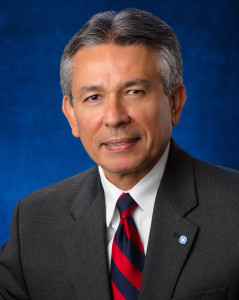 Francisco Sanchez was born in Cali, Colombia. He first came to the United States as an Exchange Student in 1971 through the American Field Service program, and was hosted for a year by an American Family in Brookfield, Illinois. He returned to the U.S. as a foreign student in 1973 to pursue undergraduate studies, and in 1977 graduated from Bowling Green University in Ohio with a Bachelors in Business Administration. In 1978, he completed an MBA at The University of Toledo, in Ohio and started his banking career with the Northern Trust Company, Chicago, Illinois.

Later in his career, he was hired by The First National Bank of Chicago and was sent overseas to offices in Venezuela, Panama, and Australia where he was Head of Marketing for First Chicago Australia Ltd. Upon returning to the U.S. after nine years of overseas banking assignments, Francisco was hired by S.C. Johnson & Son, Inc., Racine, WI as Treasury Manager, Latin America and Asia Pacific in 1991. He went on to become Assistant Treasurer and, in 1999 became Vice President and Corporate Treasurer of Diversey Inc. (f/k/a Johnson Diversey Inc. In 2006, Francisco returned to banking with JP Morgan Chase in Milwaukee, WI where he worked as Vice President, Middle Market Banking until his retirement in 2013.

Francisco became a naturalized U.S. Citizen in 1996. He is married and lives with his wife Alix in Racine, WI. They have three grown children Natalia, Tyler, and David of whom they are very proud. Francisco’s hobbies are reading, soccer, and salsa dancing. He is also an avid volunteer and has been on the board of United Way of Racine County, the Racine County Economic Development Corporation, and the Gateway Technical College Foundation amongst other organizations.

For those who begin their lives in impoverished or abusive environments, developing any feelings of self-confidence or self worth can be a challenge. Being surrounded by people who repeatedly taunt you about having dreams and goals can lead to negative self talk, and make believing that you really can become successful in your life a difficult obstacle to overcome.  The journey to truly believing your dreams can become a reality can be particularly challenging, but the rewards when those goals are achieved are then even sweeter.  This week we speak with someone who began life in the worst of circumstances, but overcame his own self doubt and against all odds achieved a goal he set for himself when he appeared on the TedX stage this Spring.

Sammy Rangel was born into abuse, and spent most of his early years in mental institutions, foster homes, and detention homes. He embraced violence at the age of 11, joining the Maniac Latin Disciples gang and spending long periods in prison. It wasn’t until a drug abuse program helped him rehabilitate that Sammy began to further his education and start working for a Safe Streets Outreach Program in Wisconsin.Today, he writes articles for Life After Hate and consults with law enforcement on addressing and curtailing gang behavior. Sammy is the author of the autobiography FOURBEARS: The Myths of Forgiveness. 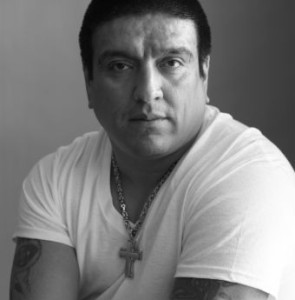 Sammy has also worked at the Racine County Jail as a Clinical Substance Abuse Counselor helping men and women with addictive and criminal lifestyles. Sammy contributes to the community by sitting on various committees that address race, homelessness, crime, gang activity or drug abuse issues among our youth and adults. He is also the founder of Formers Anonymous, an organization with a mission to help people move beyond their addiction to street life.

Sammy is an in-demand speaker and has spoken about his story to audiences around the world. In May 2015, he appeared on stage at the TedX Conference in Budapest speaking on “The Power of Forgiveness”.  Sammy’s presentation is available on You Tube:  https://www.youtube.com/watch?v=iOzJO6HRIuA&feature=youtu.be.

Sammy has been a guest on our show before and we are honored to welcome him back to inspire our listeners.

Interview with Chris Kann on the Ted Ehlen Show on WRJN – Aired July 1, 2015