We break for our series of shows looking at how we learn about ourselves from others by speaking with a special guest whom we have much to learn from.  Caron Butler’s life story is one we can all benefit from knowing…….overcoming an early life of drugs and crime, a career in the NBA, and giving back to his hometown to inspire others to achieve their dreams.  We were able to connect with Caron just before the introduction of his autobiography, Tuff Juice,  This is the first 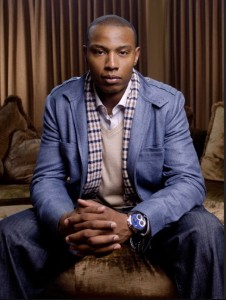 Caron is a native of Racine, Wisconsin, where the Mind Body Spirit Living show is recorded, and currently splits his time between his home in Racine, and his home in Southern California where he is currently a member of the Sacramento Kings NBA Basketball team.  Caron has an amazing and inspiring life story that has been featured on ESPN and is getting ready to release his autobiography Tuff Juice on October 7.

During a very rough childhood, Caron was arrested 15 times before the age of 15, and was a drug dealer at age 11.  While at a detention center, he found his love for basketball, and played both AAU ball and on his high school team at Racine Park High School before being recruited to play at the University of Connecticut under Coach Jim Calhoun.

While at UConn, Caron shined, leading the team in both scoring and rebounding in his freshman year, improving on his numbers in his sophomore year, and leading his team to the Big East regular season and tournament titles and the Elite 8 at the NCAA Tournament.  He was named co-Big East player of the year and second-team All American, before then declaring for the NBA draft.

Caron was the 10th pick in the 2002 NBA draft, playing for the Miami Heat for 3 seasons.  His career has taken him to numerous teams in the NBA, including the Washington Wizards and Dallas Mavericks with many appearances in the NBA Playoffs.  Caron was twice named to the NBA All Star team, and in July, 2015 joined the Sacramento Kings.

Caron has devoted his adult life to giving back to his hometown through bike and backpack giveaways and basketball camps.

For more information about Caron go to www.caronbutler.com.