Preparing for an Inspired Career with Paige Weslaski – 4-23-17

It is common for people who have been in a long-term career to lose their enthusiasm at some point in time, but what can you do early in your career to lay the foundation for sustained success and happiness?  Is it possible to plan ahead to minimize the frustrations that can build over time and lead to less satisfaction at work?  Join us as we speak with a professional in the early stages of building her career to find out how she is making choices now that she hopes will lead her to a long and happy career in journalism and communications. 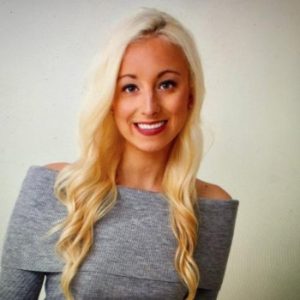 Paige Weslaski is the Founder & Editor-in-Chief of MilkNHoneyMagazine.com, and the 2015 Racine Area Manufacturers And Commerce (RAMAC) Young Professional of the Year award.  She is the author of “Finding Your Prince” which is available on Amazon.  Paige is a professional content writer at Image Management, and a columnist for Young Disciple Magazine, and the Racine Journal Times.

Paige is a graduate of Pepperdine University in Communications and Media Studies.  She was a newscaster for the Malibu Newswaves weekly broadcast, and an intern for Los Angeles Magazine and Malibu Magazine. She was trained as a DJ at Scratch Academy in Santa Monica, held internships at multiple radio stations, and has been a broadcaster on CW TV and CAR25, and does podcasts with WTMJ in Milwaukee.

Paige is a Potters Field missionary, spending 3 months in Central America, was a youth minister at Malibu Presbyterian, was a speaker at Calvary Chapel of Malibu, and served with SOS Homeless ministry.

Paige has provided motivational and keynote speeches for CBS Milwaukee, WRJN Radio, Starbuck School, Red Apple School, Racine Alt. High School, Racine Founders Rotary, Pepperdine University Convocation, Pepperdine Chapel, Wonderfully Made Event,  and Horlick High School in Racine, WI.  She has traveled extensively, including going to Italy, Germany, and Guatemala, and is an accomplished swimmer, competing for Pepperdine’s Division 1 team, and is the holder of the YMCA Wisconsin record in the 500 freestyle.

For more information about Paige, please go to http://milknhoneymagazine.com/.