At some point in the course of our careers, many of us contemplate or even fantasize about what it would be like to completely change the path that we have been following.  Though we may have years of training and experience invested into a particular job, company or industry, we can begin to consider if we might be more fulfilled listening to a voice that is telling us to take a leap and pursue something seemingly unrelated. The fear and uncertainty that inevitably come with this kind of decision often hold us back, but this week, our guest will share how she pushed through her doubts and fears to make a complete career transition after decades as an accomplished attorney. 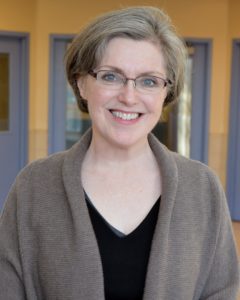 Anne Reed became CEO of the Wisconsin Humane Society in January of 2010, after almost three decades as a business litigator at the Milwaukee law firm of Reinhart Boerner Van Deuren SC.

At the Wisconsin Humane Society, Anne stepped into the leadership of Wisconsin’s oldest and largest animal welfare organization.  Since 1879, WHS has been saving the lives of animals in need, and carrying out its mission to build a community where people value animals and treat them with respect and kindness.  WHS helped to pioneer the idea that every animal available for adoption in a shelter could be free of time limits, taking as long as needed to be adopted.  WHS operates shelters in Milwaukee, Saukville and Racine, and a new spay/neuter clinic for the public in West Allis.

Anne serves on the board of directors of the Shelter Animals Count, a national database initiative. She was named to the Milwaukee Business Journal’s “Women of Influence” list in 2015.  As a lawyer, she was named one of the Wisconsin Law Journal’s “Women In The Law;” was named to the list of “Wisconsin Superlawyers,” and authored a law blog which was twice named one of the 100 best in the country by the American Bar Association’s ABA Journal.

Anne received her Bachelor’s Degree in English from Northwestern University, and received her Law Degree from Cornell.

For more about the Wisconsin Humane Society, please go to http://www.wihumane.org/.