A Plumb Role as Entrepreneur with Austin Schultz – 6-4-17

Some people know early on that they would like to own and run a business, while others unexpectedly find themselves in the position of business owner through unplanned twists and turns.  As our “Re-Invigorating Work” series evolves, we begin discussions with entrepreneurs who share how they are both inspired and challenged in their role as entrepreneurs.  This week’s guest always aspired to own a business and saw his dream come true, in his hometown at a business he once worked at while in high school. 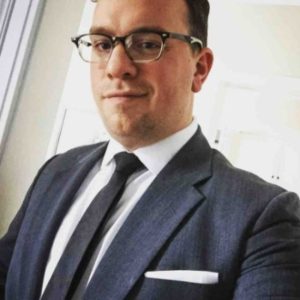 Austin Schultz began working for Plumb Gold as a part time sales associate in 2001 while he was attending the Prairie School in Racine, WI.  He purchased Plumb Gold in 2015.

He attended college at Miami University of Ohio. There he received a Bachelor of Fine Arts in Metalsmithing and Jewelry Design. Austin specializes in custom design and loves to work with colored gems.

For more information about Austin and Plumb Gold, go to http://plumbgoldjewelry.com/.